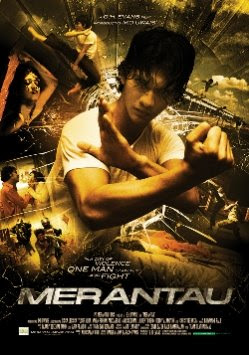 An action movie featuring the choreography of the near-extinct traditional Indonesian martial art pencak silat harimau will hit the big screen on Aug 6.

British director Gareth Huw Evans, who directed the film Merantau, said his wish was to make the martial art, whose movements were inspired by tigers, popular.

The tiger-inspired martial art, which originates from Agam regency in West Sumatra, is practiced around West Sumatra, including in Ujuang Bukit Pungasan, Pesisir Bandar Sepuluh, Muaro Sijinnuang Solok and Pasaman.

Evans said he was first enchanted by the exoticism of pencak silat after watching a martial arts exhibition in London in 2004, where the form was publicly performed.

The director, who has been fascinated with martial arts since he was a child, said silat harimau had its own distinctive character, compared with other more popular and well-known martial arts such karate from Japan and kung fu from China.

A silat harimau fighter uses an open palm instead of a fist and confronts the opponent keeping close to ground level. In the tiger form, fighters directly target their opponent's head, neck, genitals and other vital organs - which is why is cannot be included in martial arts tournaments.

According to the master of silat harimau, Edwel Yusri Datuk Rajo Gampo Alam, who choreographed the fight scenes in Merantau, the near-extinct silat harimau used to be learned only by soldiers in the Minang kingdom.

Only an exclusive few people can learn the craft, which involves rigorous training, because of an old restriction that allows only blood relatives to inherit the skills.

"I learned the craft from my grandfather," said Edwel.

"However, I have decided to teach this craft to others as I wish to preserve it."

Edwel also did the choreography for the 1991 film Sengsara Membawa Nikmat, adapted from a novel written by West Sumatran writer Tulis Sutan Sati.

Since 2003, Edwel has been teaching silat harimau to about 20 students from a wide range of nationalities, including Indonesian, German, French Austrian and British.

"Silat is never about the punches and the kicks," said Evans, who studied the moves before deciding the make the film. "It is all about character building first, as it incorporates Islamic teachings to build character and responsibility in the people who learn it. Thus the master won't teach anything physical to his students until the philosophy is passed to his student."

He is currently working with one of Indonesia's leading actresses, Christine Hakim, who is producing a documentary about the country's many forms of pencak silat around West Sumatra, West Java and Jakarta.

Evans plans to make another commercial movie that depicts other forms of pencak silat from the Jakarta (Betawi) area.

The producers hope that the documentary titled Land of the Moving Shadows: Pencak Silat, which has been in production since 2007, will be released as a trailer to the action movie Merantau, which has been promoted across the world, including in Hong Kong, Germany, France and Korea.

"We wish to invite young Indonesian people to love their own national heritage," said Christine, who appears in Merantau in a supporting role, as the mother of the main character Yuda, played by Iko Uwais.

As well as featuring pencak silat in its choreography, the 70-minute Merantau is also a film about the tradition among the Minang people of moving from their homeland to the big city in search of a better life.

"We also want to change the ongoing perception that learning pencak silat is less trendy than learning other martial arts," she added.

Iko, who was the champion in the 2005 National Jamboree in Jakarta, studied silat harimau for about six months before shooting of the film began. Some of the moves in the movie are a mix of silat harimau and the pencak silat Betawi.

Posted by Mohd Nadzrin Wahab at 12:48 AM